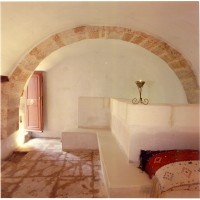 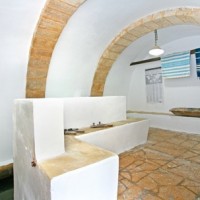 Ritual cleanliness plays a central role in the traditional formation of Jewish religious character. In this respect (and in others) Judaism is not unlike Hinduism and ancient practices performed in Egypt and Minoan Crete that had ultimately an influence on both Christianity and Islam. Life, as we know it, is determined by the mystery of the unity of matter and spirit. Death, on the other hand, results when this unity is broken.

In Judaism the proper creation of the conditions for living a Jewish life depends not on a synagogue but on proximity to ritually clean “living” water (i.e. not stagnant and immobile). For this reason the Ketubah, or marriage contract, notes very specifically the nearest body of water that renders possible the essential conditions for a legitimate Jewish life. So essential is the unity of matter and spirit in Judaism, i.e. life that washing the body also washes the soul as they are inseparable. Needless to say, the opposite of this is also true: To cleanse one’s sould brings benefits to the body. The former is accomplished by the latter by recourse to the teachings of the Torah and the Prophets; the latter by immersion in water.

The special place of this cleansing is called a mikveh, a special opening or spatial extension in which it is possible for a person to be completely immersed. A woman, on reaching maturity, is required to immerse herself three times in the mikveh after her monthly menstruation. The mikveh is resorted to after sexual intercourse and is used for rendering ritually pure dishes etc. that are questionable sources of contamination through contact with forbidden combinations of food such as milk and meat. It is usual that dishes and utensils used in cooking be washed in the mikveh especially before Passover. A bride to be is, needless to say, prepared for her wedding by ritual immersion.

Rabbinic law in the Talmud makes clear the amount of water and its source and conditions under which it flows, not in a current, through a space that is large enough to not contain it but allows its passage. Essentially the mikveh is a place where re-birth occurs and as such it is a symbol in itself of death and resurrection and their interaction that are the conditions of life.

The mikveh of Etz Hayyim is one of the oldest functioning ones in Greece. After the arrest of the Jewish Community in 1944 by the Nazis, the synagogue was divided up into living spaces by several non-Jewish families and its mikveh was used as a place for throwing refuse and its condition by 1955 was quite deplorable. By that time, when the families moved elsewhere, it had become a seething mass of thick ooze that on occasion overflowed into the neighborhood and was even considered to be the place where a great serpent lived as hissing usually accompanied these incidents. In 1959 I had the surface of the mikveh capped by cement in response to neighbors’ complaints and it was only during the renovation of Etz Hayyim that we unsealed the cap and began to remove from it a quite virulent if not vile accumulation of refuse of some 50 years. We worked for over two months in a summer that was quite hot and managed to extract from it broken pottery, broken glass from shattered chandeliers, and the remains of dead cats and dogs as well as unrecognizable sludge that had blocked the entrance and exit conduits of the water that suddenly began to flow again. It was scrubbed clean and within two months was once again a mikveh worthy of its name.

The mikveh of Etz Hayyim is used especially prior to weddings when it is customary in Greece, amongst both Romaniote and Sephardi communities, to have a kind of ‘hen’ party on the eve prior to a wedding. The mother of the bride would be seated regally with her daughters on the mikveh bench and there deferentially approached by female friends and relatives usually bearing small candles and at one time perhaps even saucers of hennah for the purpose of decorating hands and feet of the bride. In former times quite risqué songs were sung as well since the ceremony was for loosening up a possibly quite frightened girl in her midteens for her wedding on the following day. Today we resort to the mikveh on request prior to a wedding. The custom has been given a quite different interpretation today especially by Jewish feminists who see it as primarily a symbol of feminine creativity and rebirth.